The Ethical Dairy to increase production

The Ethical Dairy is to increase production of its range of cheeses made with milk from their Cow-with-Calf dairy herd after being awarded funding by the Scottish Government yesterday.

Finlay’s Farm Ltd, the company behind The Ethical Dairy cheese, has been awarded £159,838 from the Food Processing, Marketing and Co-operation (FPMC) grant scheme which is designed to help producers contribute to Scotland’s overall vision for food and drink.

The award will allow the cheese makers to increase production by a factor of ten which will help the business meet growing demand while also reducing production costs.

The grant is one of 11 funding awards announced yesterday by Rural Economy Secretary Fergus Ewing and it was welcomed by Managing Director, Wilma Finlay.  She commented:

“We are delighted to have been awarded this much needed funding, particularly given the stronger than expected demand for the cheese since we launched The Ethical Dairy brand in March.

“Increasing our batch size is key to enabling the business to be sustainable, because the fees involved in testing every batch of cheese we produce is cost prohibitive for small scale food producers like us. This grant will help us to invest in production equipment and streamline processes which will make an enormous difference.

“Creating a purpose built cheese production facility was always in our long term plans.  I’m delighted that we are able to proceed with this so quickly, and we hope to have completed the facility over the winter.  The high demand for The Ethical Dairy cheeses mean that we urgently need to increase production and so this award announcement will be very welcome news for our customers across the UK, allowing us to proceed with our expansion plans and make the cheese more widely available.”

The Ethical Dairy, which is based at Rainton alongside Cream o’ Galloway, was launched earlier this year and makes cheese from milk farmed by the pioneering cow-with-calf method.  This means the calves stay with their mums to suckle rather than being separated from them shortly after birth, which is the norm in dairy farming.

The Ethical Dairy currently produces four unpasteurised cheeses with plans to add another three to the range by the end of the year.

The cheese production facility will be housed in a disused stone farm building, which is currently undergoing refurbishment.  The building’s traditional thick stone walls will also provide the ideal cave-like environment to mature the cheese naturally.

The FPMC capital grant complements funding from Dumfries & Galloway LEADER which was announced earlier this year to support the business undertake marketing activities. 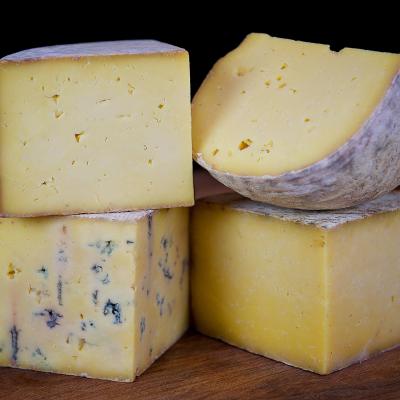 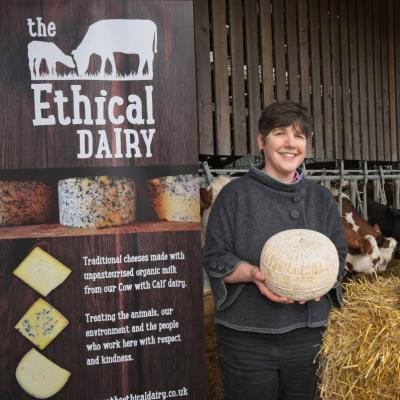 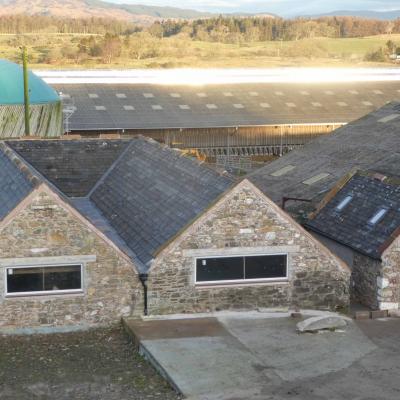