The Politics of Food Production

With Brexit fast approaching and governments trying to plan for a post-Brexit food system that will address the food-related challenges facing society over the coming decades, the various players are setting out their stalls.  At stake is a multi-billion pound food industry that benefits a reducing number of interests.

Is technology the solution?

The main beneficiaries of our current system are preparing their scientifically supported arguments that more of the same is our best option to sustainably feed our country.  They claim any short-falls of our current food system can be overcome by the development and application of existing and future technologies. They further claim that by increasing production from this food model - intensification - the negative side-effects of this approach can be diluted over more kilos or litres. Thus the ‘per unit of food produced’ impact on our lives and world is less while, at the same time, generating jobs and growth in our high-tech sector.

This argument is highly attractive to governments and policy people. It minimises the need for change and therefore the risk of things going wrong, at least in the short term. This approach tends to mask the fact that the negative outcomes of this system  - obesity, coronary heart disease, anti-biotic resistance, poor animal welfare, social deprivation, biodiversity loss, diffuse pollution, greenhouse gas emissions and resource depletion, to mention a few - are still there and still getting worse. Technology’s history of addressing these negative side-effects is not good.

Is rewilding the solution?

At the other extreme is the argument that farming animals for food is un-ethical, damaging to our health and environment and is a major contributor to global food insecurity. It’s claimed that land released from livestock production could be re-wilded, producing additional environmental benefits. This is a powerful argument, and one that would also involve major social, economic and political change.

This argument assumes that farming livestock for food at any level will produce negative outcomes and that the production of food from arable/horticultural sources has little significant environmental, social or ethical negative impacts. However, recent studies cast doubt on these assumptions.  In fact the impact of rising global demand for avocados, almonds and other out of season fruit and veg is now recognised as having damaging environmental repercussions.

Instinctively, most folk would think that farmed ruminant livestock living on naturally grown grass and forage crops is the best way to produce beef, lamb, dairy, etc., and I would agree with that.

Unfortunately, farmed ruminants have been focussed on in the climate change debate as a quick fix. They emit methane which is 28 times more powerful as a greenhouse gas than carbon, so, it’s argued, getting rid of them will cut emissions and buy time to implement other carbon reduction strategies.

Who benefits from this?  The industrial farming lobby are keen to see grass-based livestock systems replaced by intensive dairy, pig and poultry because, it is argued, this is ‘more efficient’.  But this is a complete red herring.

For millennia, methane has come from grass-fed ruminants and their rotting grassland vegetation. It is estimated that currently the methane from ruminants contributes about 3% to the total greenhouse gas effect and  the contribution from grass-fed ruminants (as opposed to those fed grain and soya in intensive systems) has not changed significantly even in recent times. To blame these animals for our current predicament, therefore, is simply wrong and deflects attention from the real culprits – those living in energy intensive, fossil fuel driven industrial systems. 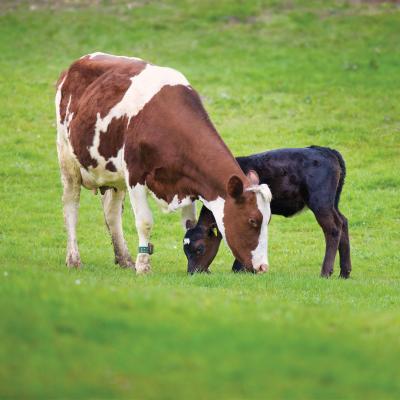 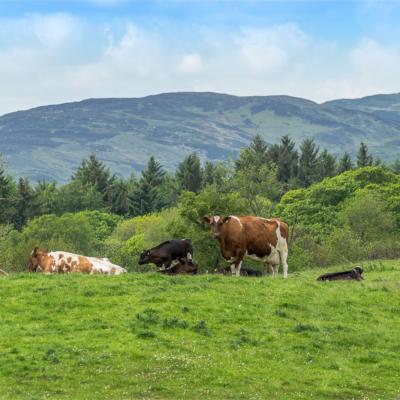 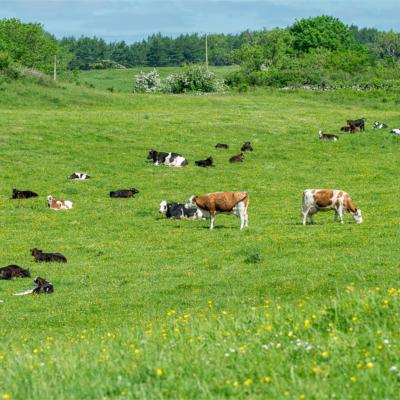 I’m an ecological farmer which means I farm in a way that works with nature, not against it.  To produce healthy, nutrient rich food for today and tomorrow the methods we use on our farm are designed to support human and animal health, while actively improving soil and water quality and increasing biodiversity on the land.

This ecological approach to food production asks the question, ‘Can low-impact livestock farming complement arable farming to deliver enough, sustainable food?’  I think it can.

These models look at ways animals can complement a plant-based food system to utilise co-products, by-products, food waste and grasslands while adding fertility to the soils. Meat and dairy production would fall from current levels but total global food production would, in fact, be greater than from crops alone. The release of arable land from the production of animal feed would allow low-impact, plant-based systems to produce the balance of our food requirements for the foreseeable future.  These low-impact farming models would be ecologically based and move towards a closed-loop (waste-free) system.  This is the model we are following.

Any form of farming will involve compromise but this model can potentially deliver adequate amounts of affordable food while also delivering substantial public benefits and not necessarily at any extra cost to society.

Sadly, apart from being the best option for human survival, this ecological, low impact, sustainable approach to food production has few vocal supporters. Farmers who produce food in this way are not in it for the profit, so there are no lobbying groups funded by industry profits to advocate for ecological farming, and this middle ground approach to food production entices few activists to rally to our cause.

Without vocal champions I worry that with a largely uninformed and dis-interested public, politicians will be allowed to take the easy, short-term, risk-free route facilitated by the powerful, well-funded and organised agro-chemical supply industry that greedily parasitises the industrial food model. While there may be some token green-wash, policy will remain largely business-as-usual.

What’s the solution?  We are trying to play our small part by spending this next year talking about our low impact approach to farming.  We want to speak to policy makers, newspaper columnists, influencers, politicians and celebrities.  We want to show what can be achieved when we work with the land, not against it. You can help by sharing our story. 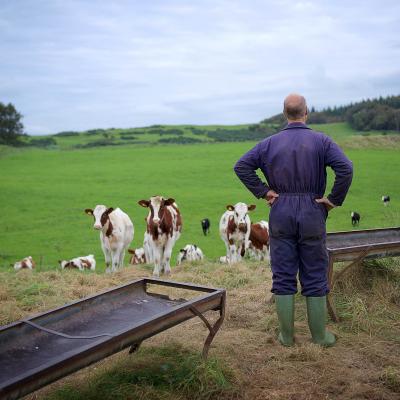 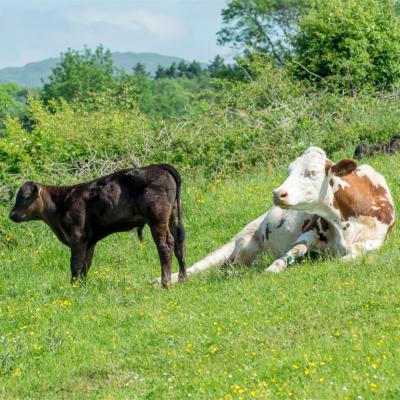 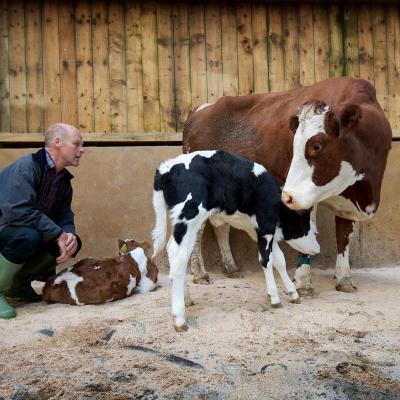