We are almost out of time

As government debates licencing the Cumbrian coalmine and the mega oil patch west of Shetland, and in the lead-up to the COP26 climate conference in Glasgow later this year, another extra urgent IPCC report on the state of our climate today thuds (virtually) onto the desk.

The report demands that we should all be moving rapidly to ‘net zero’ greenhouse gas emissions and that the current rate is way too slow.  Today’s headlines scream urgency, but will it make a difference?

Those of us who have been speaking out about the oncoming climate catastrophe for decades know how fleeting such headlines can be.

Transitioning to net zero means change. Major change. Total transformation in fact, and it’s needed immediately.  But we all resist change, especially major change in a short period. We always need more time, but our time has now almost run out.

Do we absolutely need the coal? The oil? I don’t know. I work in the food industry and I’ll leave those energy questions to others, but if we are to meaningfully tackle greenhouse gas emissions, then the food industry has to change fast.

Over the past 25 years we’ve been trying to address the climate and environmental challenges that our industry is facing. At the beginning of our journey towards a more sustainable farming future, I thought I knew it all. Hah! It has been a steep learning curve with many a stumble on the way, but once we began to get our heads around all the new challenges of this way of farming, after 10 years or so, everything started to fall into place.

There are lots of obstacles to systems transformation. For us, firstly, there was our mindset. We used to ‘fix’ the bad outcomes of intensifying farming practices with sticking plaster solutions – such as, more fertiliser, more herbicides, more drenches, more anti-biotic. Now it was working out how to avoid getting these bad outcomes in the first place. The use of these toxic fertilisers and chemicals had done a lot of damage to the life of our soils and once we stopped using them, it took several years for that life to return and our crop yields to recover. Then there was the lack of clear guidance on how to farm this way. A few had gone before us but the guide book was still being written and we made mistakes.

Farming organically was a real education. Rather than just following an agri-chem recipe, we had to understand what was going on in our soils, our crops and our animals and work with these systems of nature as best we could.

At this time we were also trying to do the right thing with regard to our greenhouse gas emissions. It was all part of that ‘sustainable’ package that we were trying to develop. We stopped all ploughing as this was very damaging to soil life and released a lot of CO2 from the soil. The use of fertilisers, herbicides and nearly all insecticides was also very damaging to soil and plant life. Stopping their use has seen the plant and insect diversity in all our fields increase very noticeably.

Building a micro anaerobic digester was a real winner. It captures the methane from the cattle and crop waste and converts it into energy for use on the farm. That digester process also turns the rather smelly and polluting raw slurry into an environmentally friendly, smell-free, enhanced fertiliser (liquid compost). Every farm should have one!

Over the past 25 years we have also been planting loads of trees. Thirty-five thousand trees, to be exact, and not one of them Sitka. Sitka might be a useful construction species but for biodiversity and even carbon capture, they’re pretty rubbish. We went for a local broadleaf mix of species. The enormous pleasure of taking an evening stroll through woods that you’ve planted, perhaps with a bottle of something, is difficult to describe.

This environmental stuff is all very well but does it pay the bills or feed the world, or even achieve anything meaningful?

I must say to start with I had my doubts and was often tempted to return to our good-old-bad-old ways but, luckily, I hung on. Once we’d got our heads around the challenge and had managed a lot of the pests and diseases out of the system, and once our soils had recovered from their dependency on their agro-chemical hit, things got a lot better. Our stock carrying capability and milk sales gradually returned to pre-organic levels but without the need for all the toxic inputs. Our herd health and longevity improved and we were making a saving of around £40,000 every year in costs for all those ‘essential’ ingredients that we were no longer using.

Can this way of farming feed the world? Well, we are a 100% forage fed farm. We are a 100% grass farm and don’t buy in any cereals, soya or anything other than a little dried lucerne (like a type of clover) in a pellet. The intensive farms will buy in around 3½ tonnes of cereals/soya/etc. to produce each tonne of dry food value milk. So net, they are extracting around 2 tonnes of food from the global food system per tonne produced. The intensive approach doesn’t sound like a good plan to me, as far as ‘feeding the world’ goes.

We haven’t actually been measuring biodiversity changes on the farm, as such, but there have been pretty dramatic improvements. The diversity in the pastures is remarkable. Many of the herbs we now see commonly were previously killed by the herbicides we had used to reduce thistles, nettles and docks.

On the cow pats, there are 5 types of fly and 2 types of beetle rapidly colonising, burrowing and incorporating cow pat material into the soil. The parasite drenches we previously used on our cattle kill these insects or their larvae, breaking the nutrient and carbon cycles. I used to panic about the farm becoming infested with difficult to control docks, but I needn’t have worried as the Green Dock Beetles and their larvae are having a devastating effect on the docks, keeping them in check – nature keeping everything balanced.

Then there are the badgers, the adders, the stoats, the Red Kites, Golden Eagle, Curlew, Yellow Hammer, Shell Duck and so on. Animals and birds that were rarely seen on the farm until recent years

This figure didn’t include the carbon sequestered by our trees, or captured by our anaerobic digester which could have saved us about ¾ of a tonne per hectare of net emissions. And what about all the drugs and drenches we don’t use?  No one even asked.

No one asked about our soil either, but they didn’t have to. We had good data locked away in the James Hutton Institute’s vaults in Dundee, where our soil samples have been analysed over the past 25 years, and the data - once we finally extracted it - was gold!

The samples were collected from thousands of sample points from all over the farm, excluding the woodlands, over the 25 years as we transitioned firstly to organic then to regenerative farming. While there was variation up and down over the years the overall trend of the soil organic matter for the farm was upwards.

Dairy farms in the west of Scotland are generally much higher in soil organic matter than the arable farms in the east. Usually around 6-8% organic matter. Ours started at 11%, which was quite high and I wasn’t expecting much of an increase. In fact our soils now average almost 14% organic matter. To calculate the carbon in the soils is quite complicated as we’ve to estimate the carbon in the lower levels of soil and allow for carbon migration and bulk density changes over the period. But that done, the data says we have been locking up carbon at a rate of around 5 tonnes of carbon per hectare per year. That takes us to beyond net zero.

In answer to those annoyingly repeated accusations about the incompatibility of profitability, feeding the world, environmentally friendly, carbon neutral, etc. Well, as far as we’re concerned, feeding the world in a way that doesn’t wreck the planet is far from incompatible. If we are to address our climate catastrophe, it should be our number one focus.

We don’t have all the answers, and we don’t have everything right. In fact, today’s IPCC report has given us such a jolt that Wilma and I are recommitting today to relooking at every facet of our business to see what other negative climate impacts we can design out of our system.

But the main things I want to say are this.

We will speak with any policy maker, academic, elected representative, scientist, environmentalist or influencer about our experience.  We will gladly share what we have done and what’s made a difference to us.

It took us 10 years to change our farming system, because the transformation of complex systems takes time.  Today’s IPCC report makes it clear that we are almost out of time. This is a crisis of our own making.  Every day we lose through inaction takes us a step closer to the tipping point of irreversible climate catastrophe.

It’s not too late if we act regeneratively now. 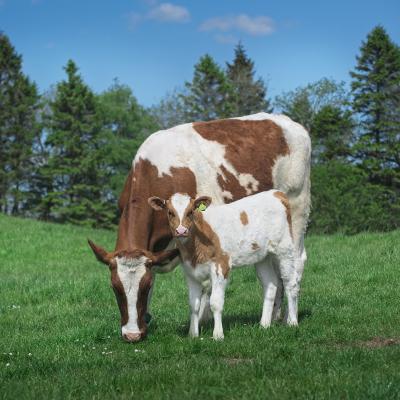 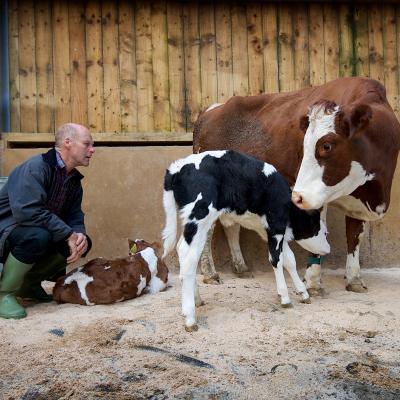