The intensification of dairy farming has been a concern of ours for many years, so we’ve been working hard to come up with a different solution. Our big idea? A new method of dairy farming that keeps the calves with their mothers to suckle. Our ethical dairy model is based around treating the animals, the land, our environment and the people who work here with respect and kindness.

In traditional dairy farms calves are removed from their mothers within a few hours of their birth - the stress this places on the cow is clear. So we wanted to find a way to keep calves with the cows and still have a financially viable farm. Put simply, we don’t want to have to choose between doing what’s right and staying in business.

As an organic dairy farm for more than twenty years our cows have already benefited from some of the highest welfare standards in the UK, but we knew we could do even better. We built a new dairy, specially designed to house calves with their mothers, and we trialed the full cow with calf system for the first time in 2012. It taught us a lot, but financially it was disastrous.

However, the impact it made on cow contentment was staggering. All the animals were noticeably calmer and far more confident.  After two to three months the calves became like teenagers, they loved playing with their pals and really only came back to mum when they wanted food! So we spent several years exploring ways to make cow with calf viable on our farm.

In late 2016 we tried again, and started a three year pilot of our cow with calf system across the whole herd. We gave ourselves a fixed three year deadline to either prove it could work, or to quit. It wasn't easy, but we made it work, and by purchasing cheese from The Ethical Dairy you are helping to support it. If you are interested in the detail of our farming system, you can read more about it in this blog.

In late 2019 we committed to this way of farming permanently, and we wrote about it in this article. We can now say with absolute certainty that this system works.  It works for the cows who have demonstrated a marked reduction in stress, improvement in health and higher than expected levels of productivity. It works for the calves who thrive being reared by their mothers, growing twice as quickly as before. It also works for us and the farm staff, with reduced input costs and a highly motivated farm team. 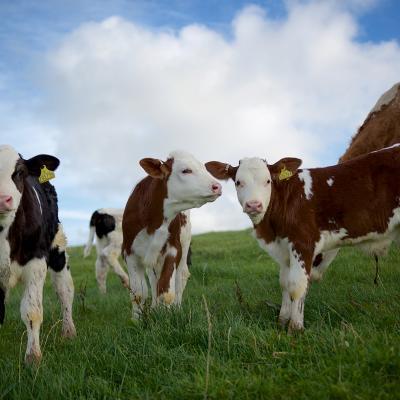 The calves became like teenagers and love playing with their pals 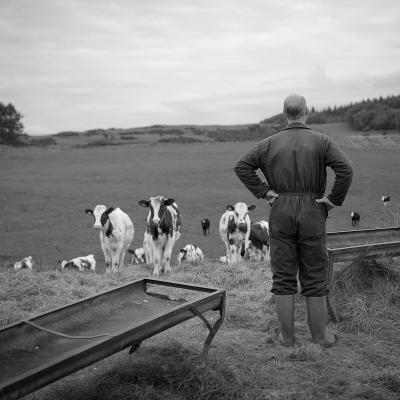 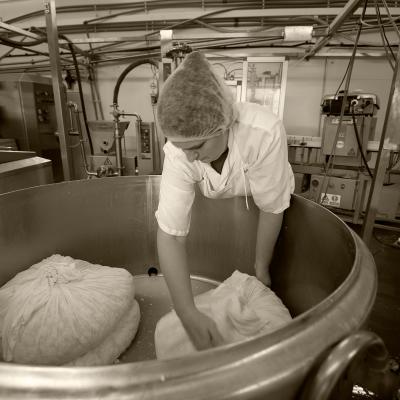 The Ethical Journey So Far

Since October 2016 our calves have stayed with their mothers for 5 to 6 months. We still milk them in that period, but only once a day.

We are still at the early stages of The Ethical Dairy project, but our new approach to dairy farming has already led to huge reductions in the use of antibiotics, increases in biodiversity and healthier, happier cows. Compared to an average dairy farm, already The Ethical Dairy has:

We were delighted to publish 25 years of soil organic carbon data in early 2021 which shows that our farm is carbon negative, and in fact is sequestering substantially higher levels of carbon than commercial forestry could achieve. We were pleased to speak at a number of events, including several connected with COP26, and we were delighted to be awarded an Outstanding Achievement award at Vibes, Scotland's Environment Business Awards in late 2021.

The Ethical Dairy has been supported in its journey by many individuals through our crowdfunding campaign in the autumn of 2018, and by public funding, such as Dumfries and Galloway LEADER which is helping us to attend trade shows, events, and to market and promote our products. We are also grateful for support from the Food Processing, Manufacturing and Cooperation grant which has supported the development of our new cheese dairy.

We hope you enjoy our cheese and we thank you for your support of The Ethical Dairy.